Time to say Sayonara to Livejournal which was kind enough to host my blog for all those years. I moved my blog to japanese-cake.io as I needed more control/flexibility.

Thank you for coming by but no worries, the show is still on :-)

Thank you to you all

Here is just one of the many small things I want to share. I have many 90% done projects and it has become quite difficult to find time to finish them. So here is my first attempt since a long time to release something new!

Some months ago I was digging in that game binary, almost out of curiosity. I remember reading somewhere online that the PSX and PC versions had debug menus. With no surprises, I found out that the debug strings where also present in the Dreamcast retail version, meaning there is a change to re-activate the debug features. I think the debug menu is interesting on this game. Many features are like cheats but some others make the game funny to play with: you can start a new game and right away equip Raziel with the Soul Reaver sword or enable Raziel capabilities like passing through barriers, etc. :-)

Note that this patch is for the PAL-UK version of Soul Reaver on Dreamcast. If you want a patch for the other versions (like PAL-FR, PAL-ES, or even NTSC), send me a link to a gdi dump.

16 years ago, Sega stopped the production of its Dreamcast. Following this unfortunate decision, many game studios decided to cancel their projects on that platform. I suppose they made the choice of stopping the bleeding rather than taking any more risks and releasing their Dreamcast games. I remember I was really disappointed to see all those promising games being canned. I think that brutal stop is probably one of the aspects that make this system so fascinating. More than 15 years after this tragic end of Sega as hardware and console maker, the Dreamcast community remains strong, fans keep faith and share theirs gems: Propeller Arena, Half-life and Geist Force to name but a few.

Last week, I received a message from Kuririn84 who is an enthousiastic owner of a Katana devkit. On the hard drive, he found files of an unreleased game, Millenium Racer: Y2K Fighters. I think only few people knew about this game and even fewer knew about its portage to the Dreamcast. I took those files and worked on giving this game a second chance. After digging a bit in code to see why it was failing to boot and doing few file manipulations, the game started to show its guts and to be honest, it rocks! It is not a demo or an alpha version that would be just frustrating, it is a complete version! Cool, right? Another brand new game! The WiiU is far from being that good :p

To distribute the game, I built a GDI image, region-free with VGA support (was already there) and forced PAL-60hz mode for PAL console. For the sake of digital preservation, I kept original files datetime, ISO9660 volume name, date, etc. as if a real GDR existed. I hope you will like it and again thank you Kuririn84 for sharing your findings ;) 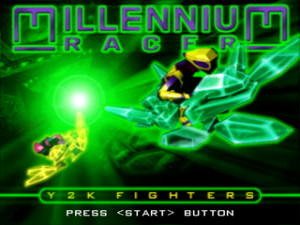 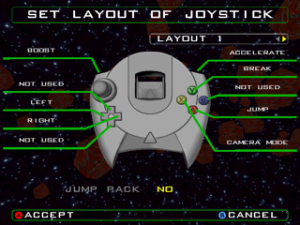 And sorry if I haven't replied yet to some of you. I will next week!