Dear Capcom, I think I've finished your work! What? No money?

If you don't care about the details, just scroll down, you will find the links you are looking for.

To summarize my work, I decided to create this time some gif-like images, I find it more entertaining. I hope it will help understanding the different steps I have been through. I only kept the most relevant ones, mostly because I do not remember all the stages.

Whereas in some games modifying few bytes is enough to enable VGA output, here it was a different story.

Not to mention that the game has been released in 5 versions just for the EURO region, the structure of the code gave me a hard time. Sometimes my patch was working correctly in the emulator but not on the real hardware. I also tried to fix delay with the subtitles when it was only due to emulation/computing power limitations. The last epic patching issue is even worse. Because I was tired of seeing the game splash screens again and again, I hacked to game so that I reach directly the main screen. But it was a dirty hack, so dirty that it was messing with a specific part of the game: the ending splash screens. As all the rest was working flawlessly, I though that I first had to patch it, like I did with the credits screen. I don't know how many hours I wasted before I realized that those ending splash screen were just fine the way they were!

So ok, fixing the FMVs was kind of easy. But the subtitles... Arrrgh, I hate them! I remember that after reading the code that generate them, I clearly saw how I could fix them. Every attempt was a step forward. I was getting close to have them displayed correctly (see below). 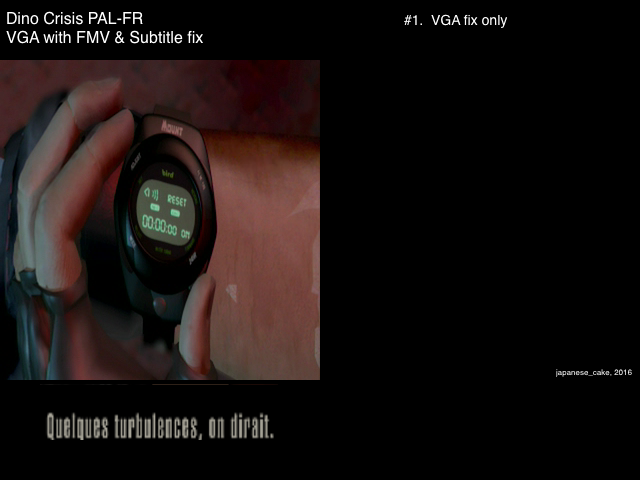 Everytime I was understanding more about the way the subtitles are generated, I though I was on the right track. Only the "little" glitches you can see below were left to be fixed. 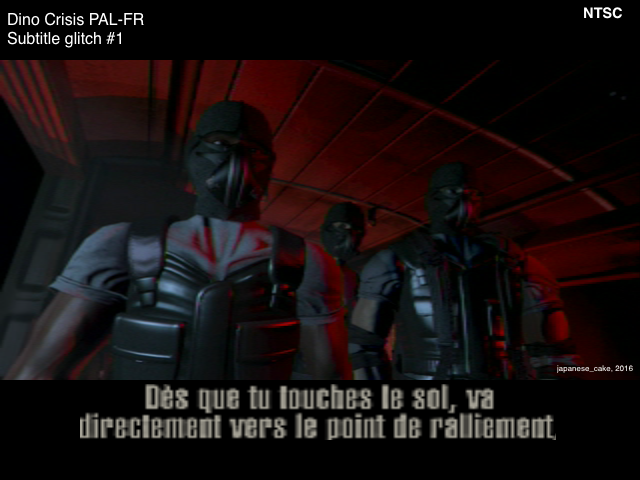 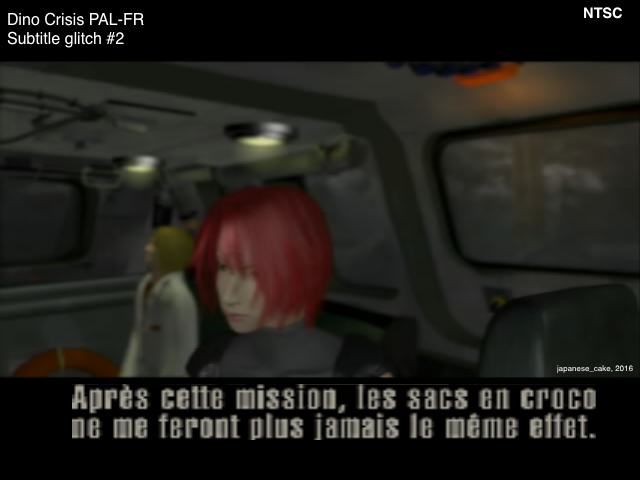 Unfortunately, no matter what I was changing in the code, I did not see any improvement. It's often difficult to accept that you took the wrong path. After spending so much time in my "super-mega-subtitle-upscaler" hack, I decided to throw it away, take a step back and see if I could fix the subtitles differently. Then I found what I was looking for: the code that sticks the texture on the surface. 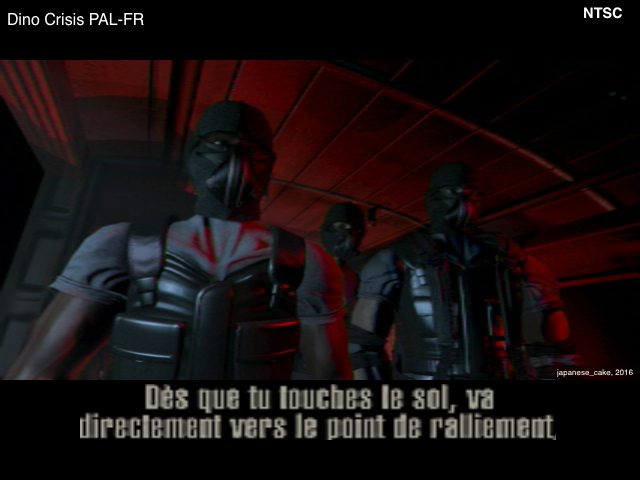 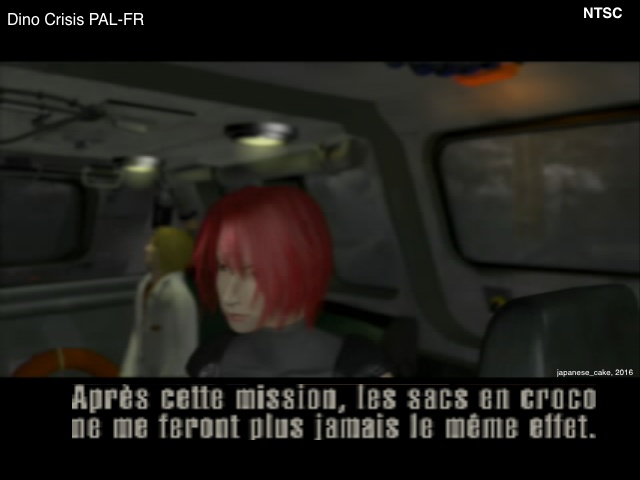 You can notice that the rendering on CRT and VGA displays is not 100% the same but as far as I have tested it, it is either not noticable or slightly better (the text looks more centered). Anyway, I folded my last card to fix the subtitles and I believe the outcome is more than acceptable.

I am glad to see this game working well over VGA and thank to it I have learned new things. I am confident that now I can fix my previous patches for RE:CV and maybe other games like Psychic Force 2012 or MakenX. 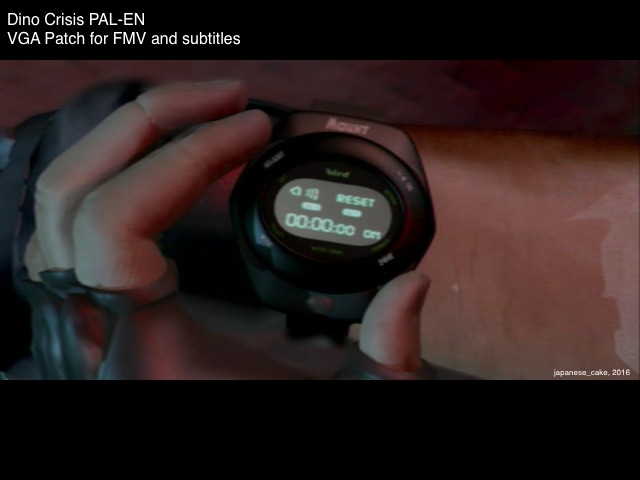 Kudos to bomb78 who helpt me out with the testing and to Assembler Games which fellow members (--I don't know yet whether they would like to be mentioned here--) helpt me gathering all the GDI dumps for this game (specially the German and the Spanish ones). Thank you all!

Note to Capcom (who will never read this): You stopped the VGA support half-way and did not even support the analog stick! You little lazy boy!